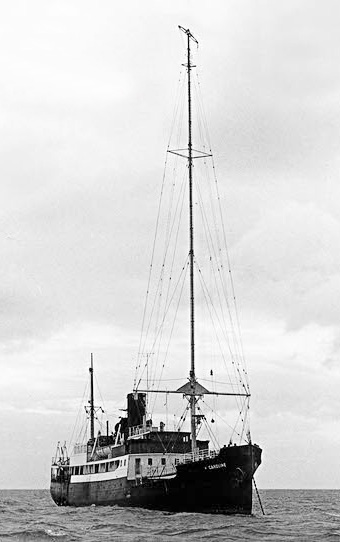 1964 Post-war Britain was burdened with austerity. The BBC provided education and information but a growing young population was looking for excitement, fashion, fun and MUSIC.

It was also the year that saw: the last executions in Great Britain, of Gwynne Evans and Peter Allen which took place in August; the second BBC TV channel was launched (BBC2); actor Christopher Ecclestone and former London Mayor and politician Boris Johnson were born; the first edition of the Sun Newspaper hit the streets and Match Of The Day first hit the small screen. In addition to all these, The Beatles released "Can't Buy Me Love" and appeared on the Ed Sullivan show. Martin Luther King, Jr. was awarded the Nobel Peace Prize and on February 25th 1964, underdog Cassius Clay (he had not yet changed his name), at the age of 22, defeated champion Sonny Liston to win the world heavyweight boxing crown.

For the people of the Isle of Man, Manx radio began broadcasting on 29th June 1964 almost ten years before commercial radio was licensed in the United Kingdom. The Isle of Man, having its own government and laws, was not subject to the rules prohibiting commercial broadcasting in the UK. However, the Manx Government still had to apply to the UK's General Post Office for a frequency and for permission to broadcast. First requested in 1960, a license was eventually granted in May 1964. The UK music radio revolution started with the MV Caroline anchored off Felixstowe, where it began test transmissions on Friday 27th March 1964. On Saturday 28th March, it began regular broadcasting at noon on 197.3 meters (1520 kHz, announced as 199 meters) with the opening show presented by Simon Dee. Founder Ronan O'Rahilly saw his Radio Caroline hit the airwaves to huge success, lapped up by a pop music hungry audience!

It did not take long for Radio Caroline to become a national broadcaster. After almost only 2 months on air, Caroline competitor Radio Atlanta accepted audiences were not meeting expectations and a merger took place; as Atlanta was forced to join with Caroline their ship the Mi Amigo became Radio Caroline South. This enabled the Caroline organization to use their existing ship, the MV Caroline, for a second Radio Caroline station. On the 3rd July under the command of Captain Hengveld the MV Caroline set sail around the English coast to the Irish sea. Reaching a new anchorage in Ramsey Bay in the Isle of Man in the afternoon of 6th July, Radio Caroline North as it was named was soon broadcasting. Its powerful 20Kw transmitter reached much further than just the Isle of Man reaching listeners in the north and midlands of England, Wales, south west Scotland and much of Ireland. Thus complementing the coverage of Radio Caroline South. 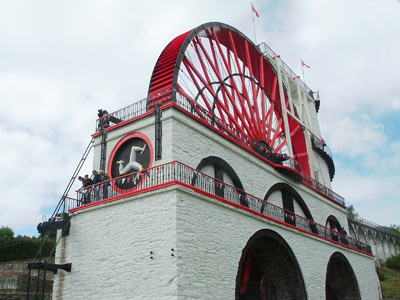 First relations between these to become historic stations, based on and off the shore of the Isle of Man, was not cordial. With the Radio Caroline North transmitter outgunning the 50w low power transmitter of Manx Radio, interference was the cause of ill feeling. Radio Caroline North, however, soon became accepted by the Isle of Man Government and the Manx people. As Radio Caroline DJ’s worked to promote the Island's beauty and attractions, dropping in regular reference to the "wonderful" or "beautiful" Isle of Man, thus introducing free promotional activity for the island. These free promotions for the Manx Tourist Board helped boost the Island's tourism industry during the time the station was anchored in Ramsey Bay.

The Island and its people, grateful for this promotion, reciprocated the support in 1967 when the British Government tried to impose legislation on the Manx statute book outlawing Radio Caroline. Some fifty years on, both stations are well established and successful, each unique. Manx Radio: ‘The Nation's Station’ from its state of the art studios on Douglas head and with its talented team bringing news, entertainment and music to the people of the Isle of Man. Radio Caroline - well you are reading this so you probably know what we do.

I met with Manx Radio in 2015 and a project was hatched. It was agreed that we would celebrate 50 years on air by coming together to bring Radio Caroline North back on air for a special long weekend broadcast that started with former Caroline DJ Chris Williams presenting his weekly show, Manx Radio’s Carnaby Street live from the Radio Caroline Radio ship, the Ross Revenge. A series of shows produced by a dedicated and resourceful Radio Caroline team consisting of Steve Silby, Dave Foster, Clive Derek and others then brought the voices, history, stories and music of the original Radio Caroline North era back onto air. Using Manx Radio’s MW transmitters and a dedicated web stream, the listener response was overwhelming; so much so that Manx radio kindly provided their transmitter for a series of special pop up Radio Caroline North broadcasts starting in 2016 and continuing to today.

Listener response continues to be hugely supportive for these broadcasts and Radio Caroline and myself are grateful to the Manx Radio management for making this possible.

You can hear Radio Caroline North during 2021 on the following dates
through our dedicated stream, on 1368 AM via Manx Radio or our own 648 AM transmitter.