The History of 648Khz in the UK

During the 1930's the BBC's efforts were to establish two separate broadcasting networks (programmes) to the majority of listeners in the UK. The "National" programme was just that, a single programme originated in London, but broadcast from a network of high powered sites around the country. It provided a single national service. The accompanying "Regional" programme was mostly broadcast from the same high powered sites, but carried programme reflecting and appealing to the various regions of the country, such as Midland, North, London, West, Scottish and Welsh. Programmes for the regional service were produced in many of the countries large provincial cities, though some were shared between regions. Thus many of the historic broadcasting facilities such as Brookmans Park and Droitwich which continue to this day came into existence.

Much changed during the war, firstly to supplement the high powered stations with a multitude of low power "city" transmitters. These were co-ordinated onto a single frequency to avoid "direction finding" attempts by enemy bomber aircraft. This also meant that a city station could broadcast local programmes from a local studio in the event of local issues or loss of programme feed from London. Secondly, the regional and national programmes were replaced by the "Home" and "Forces" programmes, whilst some geographically advantageous transmitter sites were re-allocated to provide overseas transmission facilities into occupied Europe. Whereas the "Home" programme was to carry serious content to reflect the gravity of the situation, the "Forces" programme was intended to provide light entertainment, comedy, dance band music and generally morale boosting programmes to take the mind of servicemen off the grim tasks they were faced with. Needless to say the Forces Programme was also popular amongst the general public. 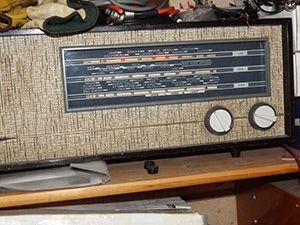 At the end of hostilities, the Home service continued pretty much as during the war, but with more regional content on a variety of frequencies around the country while the Forces Programme was renamed the Light Programme and continued with light entertainment on a national basis. In 1946 the BBC wished to establish an outlet for serious (classical) music, drama and "intellectual" cultured programming, and so the imaginatively named Third programme was created. After some initial broadcasts from Droitwich the Third programme moved to Daventry on a newly allocated frequency of 647 Khz (464 metres) from 1950 onwards. This central site covered the majority of England so a number of low powered relay sites were required in the more distant parts of the UK.

Thus, as far as the BBC were concerned, three separate services could fully cater for the needs of the nation – the Light Programme, mainly on Longwave from Droitwich, but with some medium wave "in-fill" sites on 247 metres medium wave, the regional Home service on various MW frequencies, and the Third programme.

During the war years, the Diplomatic Wireless Service (later to be part of the Foreign Office) had undertaken various projects to broadcast into Europe using facilities "borrowed" from the BBC, or by their own newly established transmission facility at Crowborough in Sussex. This was built in 1941 and housed what was then the worlds largest broadcast transmitter codenamed Aspidistra. After the war this continued to broadcast into Europe, though the programmes were generally of the BBC European service rather than various shades of propaganda it had originally been built for. 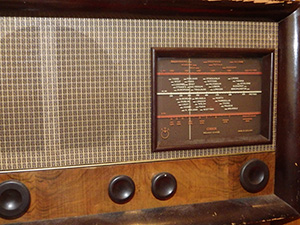 Although the government and BBC were quite happy for the Crowborough facility to broadcast into Europe they were less than enthusiastic that one of the many "cross-border" pre-war stations namely Radio Luxembourg decided to recommence transmissions targeted at UK audiences. They tried pretty much every means within their jurisdiction to prevent it and discourage people from listening. However, with just three radio services available, all of which were run by various BBC committees it is no wonder that Luxembourg rose to such prominence during the 1950's with its popularist and commercial programming.

Roll on now to 1967. The Marine Broadcasting Offences Act has attempted to outlaw the off-shore broadcasting stations and the need for an all-day popular music channel has finally been recognised at government level. At the end of September the Light programme is split into two – the Longwave service continues pretty much as before but is renamed Radio 2, and the medium wave in-fills launch the new pop music service Radio 1. Additional transmitters have to be provided for both services – to provide Radio 1 in the areas where there was only LW coverage of the Light Programme, and conversely new MW transmitters to provide Radio2 in areas where 247 metres is now carrying Radio 1. The Third Programme becomes Radio 3, still on 647Khz from Daventry, and the regional Home service becomes Radio 4 – principally a national service, but with regional opt-outs on various regional frequencies. 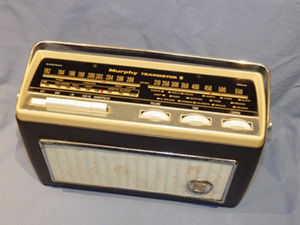 The coverage of Radio 1 and Radio 2 is somewhat lacking with parts of the country unable to satisfactorily receive one or other of the programmes, so further changes become necessary.

November 1978 sees a major re-organisation of radio channels across all of Europe including the alignment of all stations onto 9Khz channel spacing. The BBC take advantage of this to implement major changes to their MW and LW stations.

The growing roll-out of local radio during the 1970's means that the need for regional content on Radio 4 is redundant, so this becomes a national service and moves onto the 1500 metres long-wave channel. This frees up four high powered MW channels which are then re-allocated around the country and split into two groups. 330 and 433 metres (the former London and Northern Home transmissions) and 275 and 285 metres (the former Midlands and West Home transmissions) Additional transmitters are introduced on each of these four frequencies, but alternately staggered around the country such that any overlap or mush zone between adjacent sites is minimised. 330 and 433 metres (or 909 and 693 Khz on the newly aligned 9Khz channels) are assigned for Radio 2, whilst 275 and 285 (1089 and 1053 Khz) are allocated to Radio 1. Radio 3 in turn gets the old hand-me-down poor coverage of Radio 1s old 247 metres (1215 Khz) – though it has national full time coverage on FM, which most of its listeners are expected to use. This means the old Radio 3 frequency, now aligned to 648 Khz is no longer in service for domestic programmes. As this is the lowest MW frequency allocated to the BBC it can offer the best daytime (groundwave) coverage. This, combined with the fact it is mostly a clear channel across Europe makes it an ideal frequency to use for the European programmes of the World Service and it is put into use from the Crowborough site in Sussex.

Some may consider it rather strange that the BBC's best AM frequency is put into service serving an overseas audience whilst Radio 3's listeners now get the worst coverage of the national networks. But this is the height of the Cold War!

As the Aspidistra transmitter equipment at Crowborough is approaching 40 years old it is coming to the end of its useful life and a replacement is required. Although coverage into Europe from Crowborough is good it is still someway inland (having been sited to hide it from enemy warships and aircraft) resulting in a lot of signal being wasted before it reaches the English channel. Thus the search is on for a new site to house a new transmitter to provide BBC European coverage as the Cold War continues and the 1980's dawn.

On the coast of Suffolk, or more precisely, a few hundred yards off the coast of Suffolk lies a spit of land known as Orford Ness. Used as a military ground during both world wars and during the 1960's until the mid 1970's housing an experimental joint UK/US missile tracking radar system the site is no longer required by the Ministry of Defence and the BBC in conjunction with the Foreign Office make plans to redeploy the site.

World Service for Europe on 648Khz was broadcast from Orfordness on a 24/7 basis from September 1982 until March 2011 using a 500kilowatt transmitter. The antenna system was an array of 5 towers, and this focussed the signal into a south-easterly beam away from the UK. This had the effect of giving an effective radiated power to the target area of around 2 million watts. Although mostly in English, at times programmes in German and French were also aired, particularly in the early 90's as East and West were united and the iron curtain collapsed.

The service was terminated in March 2011 due to a number of reasons – financial savings, lack of interest in international radio, listener migrations to online and digital listening and upcoming major capital investment to replace the ageing equipment. At the end of transmissions the site was operated by Babcock Networks on behalf of the Foreign and Commonwealth Office, and after remaining silent for a while, the right to use the 648 frequency was withdrawn by OFCOM in 2012. Eventually OFCOM announced it would be made available for new community radio stations, and licence applications were invited by them in late 2016. On 22nd May 2017 OFCOM announced that Radio Caroline had been offered a licence, and a few days later they announced it would be on 648Khz.

During the period that the 648 service from Orfordness was silent and before the frequency was withdrawn, the transmitters were brought back into service and for several weeks broadcast the Dutch public radio network. Due to an unfortunate coincidence of fires and system failures several principal Dutch transmitter sites were taken off-air within hours of each other in late July 2011 thus depriving significant amount of the population of almost all radio broadcasting. It was deemed such a significant event by the government and broadcasters that arrangements were put in place to broadcast NOS Radio 1 (the Dutch equivalent to BBC Radio 4) from Orfordness on 648 to provide some form of coverage to the country. Radio 1 is deemed by the government to be the national emergency communications channel, in much the same way as Radio 4 is in the UK. These transmissions came to an end on 22nd September 2011 when replacement services were made available from within Holland.

Although nominally a "clear channel" across north western Europe, the channel is by no means quiet. Caroline are fortunate in that no other station in the UK has (so far) been granted permission to use the channel, so even with a modest 1 kilowatt the signal can provide "anorak" DX-grade reception at some considerable distance from our transmission site during the daytime. There is little chance that any neighbouring countries will also be allocated the channel which is an added benefit. However, there are stations in Spain (which was well outside of the BBC's directional beam) Slovenia and possibly Bulgaria on the frequency. Spain and Slovenia are both active and put a reasonable signal into the UK at night – though with slow and deep fades. The Bulgarian station may well be defunct. As these both lie within the main beam of the former BBC transmission it is quite possible they were deliberately introduced during the cold war to provide night time disruption to the BBC service. Other stations to which 648 is allocated are Lybia (also believed to be inactive) and a 2 megawatt station in Saudi Arabia. Although the latter is many miles away, it will at times put a signal into Northern Europe. None of these will cause problems within the primary coverage area of Caroline's transmitter in Suffolk and north Essex but will limit the amount the signal can be heard around Europe at night-time.

It was very fortunate that not only did Ofcom give Caroline the good 648 frequency, but that the aerial masts at Orfordness were still standing and that the island had been sold in to private ownership to two men who wanted to see the area used again for its intended purpose.